← Make a wish… Take part in THE WISHING FESTIVAL!
3 Weeks To Go! …Sneak peek at The January Wish →

This post is part of the Coastal Romance Christmas Blog Hop, organised by bestselling author Annie Seaton. Every day up until Christmas Eve, authors are sharing a ‘post about the coast’ and offering a giveaway. Plus, at each stop you can enter the Rafflecopter giveaway for a $100 Amazon Gift Card and 26 coastal romance ebooks! You can enter the grand prize giveaway at the end of this post, and I am also giving away a coastal photographic print to one lucky commenter! Read on…

When I was writing my novel The January Wish (out on 1st Jan), I wasn’t sure where it fitted in the market. It was women’s fiction, and it was also romance. Being set in a small Australian beachside town based on where I live, I thought perhaps it fitted loosely into the rural fiction market as it is also a country town, but most rural books don’t have beaches nearby. Maybe it was a small town romance? But then, not all small towns are near the beach either, and the water plays a special role in this book and series. But when I first heard the term “Coastal Romance” at the RWA conference in Fremantle in August 2013, I thought “Aha! That’s what I’m writing!” So it was great to hear that there was a name for these types of stories and a place for them in the market. My story is still a small town romance, women’s fiction, and it has rural elements, but overall, coastal romance suits it really well.

Why is coastal romance making waves in the literary marketplace?

In my opinion, especially as an Australian, it could be because we identify with the sea as being an integral part of our landscape and a place where we go for holidays and day trips with family, friends, and loved ones. The coast is where many lifelong memories are made. So what better way to capture the enticing essence of life by the water than by writing about the lives and relationships of characters who are visiting or living by the sea?

The concept of a seachange is also appealing, and many people hold dreams of one day moving out of the hustle and bustle of the city and suburbs and into a nice coastal town, where it feels like holidays all year round. 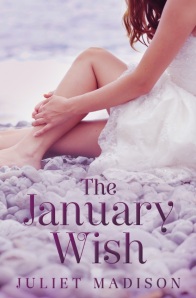 And here is a little sneak peek at a coastal scene from my upcoming new release, The January Wish…

A glorious summer morning greeted Grace through the window of the caravan. Lush green leaves dancing about in the breeze, the sky an intense cobalt, and the salty smell of the ocean enticed her to the beach for a swim. Well, if you could call it that. She wasn’t used to swimming in the ocean; growing up in the heart of Melbourne meant she was limited to the occasional seaside holiday with her parents. But she enjoyed it nonetheless, wading into the water, feeling the pull of the wave as it receded to its source, and relishing the cool caress of the water on her hot sun-kissed skin.

She giggled along with some children nearby when each new wave approached. They would try to run away from it, but she walked into it, each splash enlivening her, waking her. What would it be like to live here all the time? If she did, she’d probably come to the beach every morning; it was a great way to wake up and start the day.

Grace’s eyes soaked up the vast expanse of blue surrounding her, and she wasn’t sure where the ocean finished and the sky began. It was all connected. Up to her right, the famous ‘Tarrin’ sat proudly on the headland. The brochure she’d read said the town was named after the unique ‘Earth Man’ rock formation, which naturally resembled a man’s face. Years of waves gone before had sculpted cheekbones, a strong jawline, and a protrusion that looked like a nose. It was amazing, actually, that a random natural phenomenon could produce something that appeared to be sculpted on purpose.

So… with coastal romance making waves (forgive the pun!), what better way to celebrate than to have a big giveaway?! You could win a coastal photographic print and/or a $100 gift card and 26 ebooks. Details below… 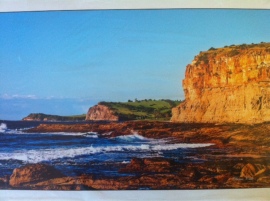 Leave a comment on this post telling me where you would like to go for a coastal holiday, or tell me a coastal romance book you’ve enjoyed or are looking forward to reading. Easy! One person will be randomly chosen to win this beautiful photographic print (unframed), measuring roughly 30 x 21cm (or 12 x 8 inches). The photograph was taken on the south coast of NSW, Australia, which is where I live and where my Tarrin’s Bay series of books are set (the first book, The January Wish releases on 1st Jan 2014, and the second book, February or Forever releases on 1st Feb).

Giveaway is open worldwide, and will be drawn on 16th December, so hurry up and get an entry in by leaving a comment! The grand prize giveaway below however, will remain open until 24th December. 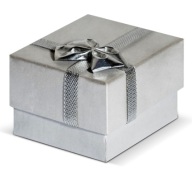 Win a $100 Amazon gift card and 26 ebooks from the authors participating in the coastal blog hop! (see list below). What a great Christmas present if you win!  Winner will be drawn Christmas Eve.

To enter, simply click on the below Rafflecopter link and follow the instructions. You can get up to 11 entries in the draw:

Check out a new post each day until Christmas Eve and enter more giveaways:

Good luck! Remember to comment below to win the print, and enter via Rafflecopter above for the grand prize! 🙂

Posted on December 11, 2013, in Competitions, General. Bookmark the permalink. 11 Comments.

← Make a wish… Take part in THE WISHING FESTIVAL!
3 Weeks To Go! …Sneak peek at The January Wish →