Please welcome fellow Escape author Ros Baxter to the ‘Writing Wednesday’ segment of the blog today! Ros is the author of Fish Out Of Water (Escape Publishing) and co-author of Sister Pact (Harper Collins). 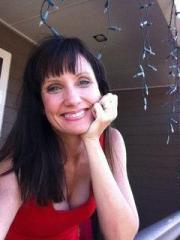 Some people write romance.  Some write chick lit.  Some write fantasy.  Me?  I’m an omnivore, in reading and in writing. Like Mae West said: “Ten men waiting for me at the door? Send one of them home, I’m tired.”

That’s me when it comes to books. I’m far too nice to say the word whore, but I never really met a genre I didn’t like.

When I read, it’s all about the book.  When I write, it’s all about the story. For me, this time, and this character, it had to be fantasy. Rania, my deep sea mermaid living incognito as a small town cop, hammered at my brain.  She was tough. She was cool. There was simply no saying no to her.

I told my sister:  I’m writing a mermaid book.

I said something like:  No, don’t be silly, you know I don’t write fantasy.

Then she said something like:  Erhh…you know mermaids aren’t real, right?  I mean, I you had those pyjamas back when you were seven, but…

So fantasy was kind of an untrod road for me.  And, like most paths less travelled, I had to learn some things along the way.  Good and bad.  I had lots of feedback from critique partners and other readers, and it helped shape what worked and what didn’t.

So first up, the good.  You know what I love about fantasy? You don’t just get to break the rules, you get to write your own.  If the whole sex-with-a-tail thing is just way too mind-bending – voila!  No tails.  If your action takes place between the deepest part of the ocean floor and small town USA and your characters need to whizz quickly between the two?  No problems.  Just invent a cool new way of travelling almost instantly – melting down to the very droplets in the air, with the aid of a very cool, very small blue fish.

And then the bad news. You know what’s tough?  There are some parts of any story that transcend genre, and they are the bits you absolutely have to nail. They’re also the hard bits. Story.  Heart.  And, you guessed it, sex.

And the problem is, very few of us have ever been intimate seven miles down.  With a boy who’s kind of a fish.  So what to do?  Two things really.

First, approximate.  Okay, so I don’t know how a mermaid gets lush and loose.  But I know some stuff about dolphins, whales, and other sea creatures (well, at least the internet does, and we’re really good friends).  I can look at the reality and approximate from there.

Second, keep what you know. The stuff that’s real (and important) from your own experience.  Touch, heat, connection. And then use your imagination about how those realities mesh with the new world.

Third (okay, I know I said two things, but like I already said, I’m not much of a rule-follower), don’t throw the baby out with the bathwater.  Remember the basics – character, conflict, motivation.  Whether your character is human, fish, or something in between, your readers are humans.  And we need those human connections.

I hope readers can find that spark of connection with my wild heroine and her story of love, secrets and danger.

Thanks for having me.

[Thanks for being my guest, Ros! ~ Juliet]

Ros Baxter has been writing since she was eight and penned a whimsical series of short stories about a race of tiny people who lived on a rainbow. While they were a hit in the playground, a few things intervened – including a career in social policy and four noisy children. Ros started writing again in earnest three years ago. In that time, Ros has secured a two-book deal with Harper Collins Australia, published Sister Pact (a romantic comedy co-written with her sister Ali) and Fish Out of Water (Escape Publishing on 1 April), been a contributing author to the e-anthology URL Love, and finaled in the STALI competition.

Ros writes fresh, funny, genre-busting fiction.  She digs feisty heroines, good friends, quirky families, heroes to make you sigh and tingle, and a dash of fantasy from time to time.

Ros also runs a successful business consulting to government and the private sector.  She teaches professional writing skills and has authored a writing guide, Clarity.

FISH OUT OF WATER Blurb: 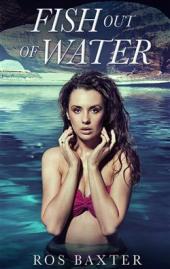 “It’s  Janet Evanovich’s Stephanie Plum meets Splash in a sexy, smart-talking debut about a mermaid in a desert, a city under water, and the secret that no-one is supposed to uncover.”

Dirtwater’s straight-talking Deputy Sheriff has a lot on her plate: a nicotine addiction that’s a serious liability for a mermaid, a solider-of-fortune ex who’s hooked on her Mom’s brownies, a gorgeous, naked stranger in her shower, and a mysterious dead blonde with a fish tattoo on Main Street.

Oh, and one other thing.

She’s scheduled to die on her thirtieth birthday – in three weeks – unless she can ‘change the course of destiny and save the world entire’. Throw in a Mom who’s the local Mayor and a Dad who’s been locked in the county jail for twelve years, and that’s all the trouble she needs without her mermaid roots coming back to haunt her.Rania’s heading home to Aegira for a family wedding but she’s starting to have a sinking feeling that’s got nothing to do with hydroporting seven miles under the sea and everything to do with some weird connections that seem to be emerging between her, the dead blonde, her Mom’s shady past and a ten thousand year old prophesy. Now if she can just steal a corpse, get a crazy Aegirian priest off her case, work out who the hell’s trying to kill her and stop sleeping with the fishes, she might be able to unravel the prophesy, the mystery of the missing choirgirls and the secrets hidden in her Mom’s past. And maybe even save her own ass while she’s at it.

Buy Fish Out of Water.
Find out more at www.rosbaxterink.com